Each year, the city of Berlin disburses more than 1 billion Euros in the form of grants to individual institutions in the city, ranging from NGOs and research institutions to public and private companies; the projects that receive this money are expected to be in the general interest of the city (though of course, what that entails can be broadly defined). Berlin's senate department for finance makes this funding data available to download on their website. We have taken a closer look at this data and developed an interactive data explorer to enable citizens and government officials alike to better understand where this money is going. The application visualises 73,436 grants from 2009 to 2017. In addition to this complex explorer, we have also created an overview visualisation to help people quickly understand what areas are receiving what amount of money.

↓ Go directly to the explorer

Introduction to the application

Using the faceted filter options, users can quickly explore the whole data set, revealing interesting insights in the data. As an introduction to the data, here are three examples of insights we discovered while working on the visualisations:

Changes in the city's organisations

Alongside political changes within the government, there are also often structural changes – for example, individual senate departments routinely experience restructuring and name changes. Looking into the data visualisations, you can quickly see how certain responsibilities are being shifted between departments. In the figure below, you can see how the responsibilities for health (Gesundheit) and eduction (Bildung) are being reorganised in new departments.

We can also see trends for individual topics. For example, 1 million Euros were disbursed for anti-discrimination projects in 2009. Since then, funding for this area has grown steadily, reaching 6 million Euros in funding in 2017. In addition, we can also see how the spatial distribution of the funded projects has changed, going from just a few districts represented in 2009 to many central districts throughout Berlin receiving funding (see figure below).
Show anti-discrimination funding in the data explorer »

Figure: Development of the spatial distribution of anti-discrimination grants

The big player: the BVG

The BVG, Berlin's biggest public transport provider, received the most funding of all recipients over the years. Overall, they have received 4,012,014,851 € between 2009 und 2017. This money is generally being used to buy new trains or to renovate stations.
Show BVG in the data explorer » 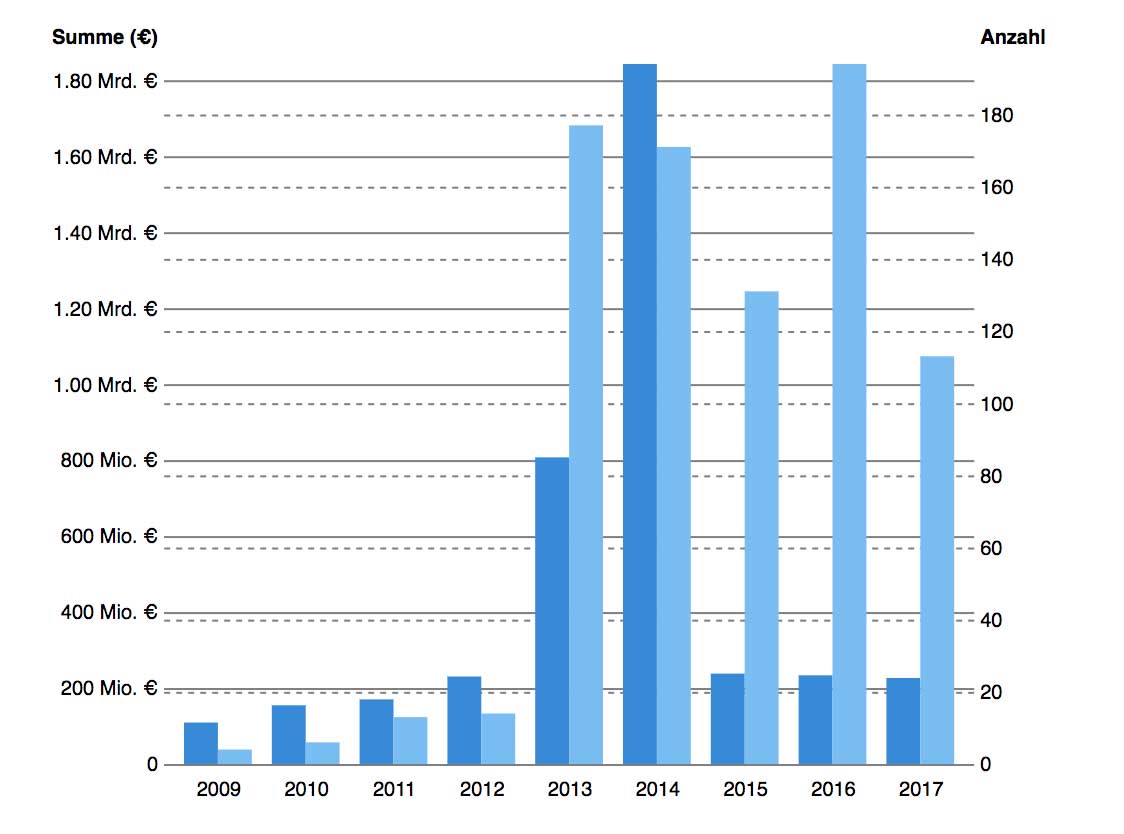 Figure: BVG grants over the years

Sadly, this site only works on tablets and desktop machines. But, our overview visualisation is mobile-friendly.

Grants are being processed:

Blue and red elements are interactive.
You can combine filters, like years, domains or names, to narrow down the results.

Sum of grants per recipient

Number of grants per recipient 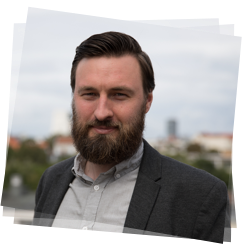 Sebastian Meier is a data scientist at the Technologiestiftung Berlin. He graduated in Communication, Interface Design and completed his PhD in Geoinformatics at Potsdam University. His research focus lies on spatial data analytics and visualisation as well as human-centred perspectives on software interfaces.